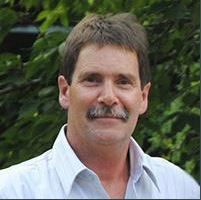 We’re sad to report the passing of Philip Ayers on the 11th January at 63 yrs of age. Phil was a Head Coach for Burnside AF with his tenure spanning from 2000 to 2005 assisted by Don Saxon and Rob Armor.

Phil came to the club with a plan in mind to gain promotion from the qualifying league to the Mainland Premier league.  As noted by a fellow coach Don Saxon, “Nothing but a 100% commitment was required [by Phil] and boy was that made clear to all of us. It was not unusual to be doing fitness training in the pouring rain when fields were closed. Phil would say to the guys, ‘trainings still on tonight we need to do some banking. Got to keep the fitness up keep one step ahead’. Sure as eggs all would front up obviously muttering a few expletives but such was the commitment and respect that Phil had earned”.

The first season with Phil at the helm, we won the league and earned the right to playoff against Richmond Athletic but our hopes were dashed in the away leg after losing to a new look Richmond side from the first leg of the playoffs.  That’s football eh!!!  Our disappointment was obvious but such was Phil’s determination to succeed that during the off season we were both kept busy as we rebuilt the side with some key signings like, Gary Woodin, Scott Webster, Neil Murphy, Greg Fuetz to name but a few and once again we won the league and another chance at the play offs against Coastal Spirit.  After a minor technicality Burnside FC finally, after a long wait, were promoted to the MPL in 2003.  The club had a further 2 seasons in the MPL before a raft of retirements including Phil’s resulted in the the clubs relegation back to the qualifying league.

As noted by Don Saxon, “I was privileged to have been able to work along side Phil and over the years we formed a wonderful friendship which is something that sport does.  Phil even made it along to my last game in charge at FC Twenty when I retired in September 2020. Sport bonds people from which we form life-long friendships and to this day I cheerish those times we had my friend. Thank you for the memories. May you rest in peace”.

Our condolences go to Phil’s family at this very sad time and ask our members to raise a glass in his honour.